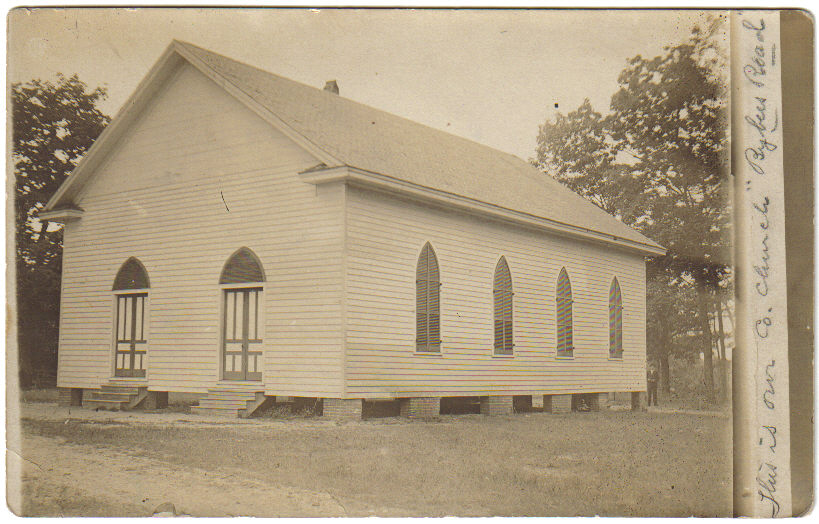 Bybee’s Road Baptist Church is an old landmark beside the road on Route 613 (Bybees Church Road) in Fluvanna County, Virginia.

A “Mr. Bibee” came to the high plateau at the head waters of “The Great Byrd Creek” long before Fluvanna was put on the map. He gave his name to the race path and to the road cut through the wilderness before Fluvanna had become a county in 1777. By 1795, his name identified a group of Baptists, one of the arms of Lyles Church, who were doing religious work in the community. 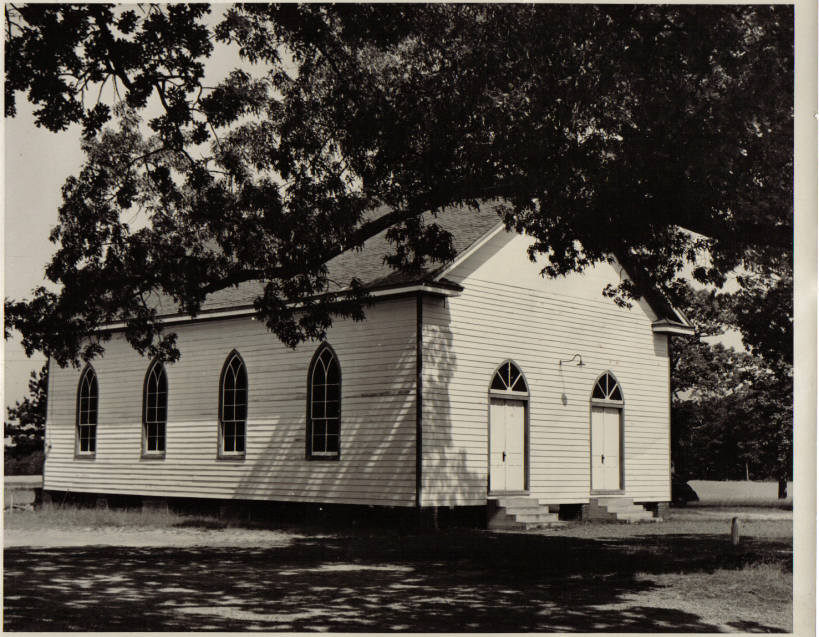 According to the records of Lyles Baptist Church, it is the mother church of Bybee’s Road Baptist Church. The date of origin of Bybee’s Road is not exactly known. However, it was an organization in 1795 when Lyles Church called William Baskett as her second pastor and sent messengers to “Biby Rode” to acquaint them of said call and to transact other business.

In August 1825 trustees were selected to superintend the building of a Baptist meeting house to be known by the name “Biby Rode Meeting House.” The original meeting house was a one room building of wood, planked straight up and down and stripped. In months of cold weather, meetings were held in members’ homes.

In May 1826 James Ross of the “Biby Rode Meeting House” petitioned Lyles Church that “ye grant them a quarterly conference meeting for the purpose of instructing them in the nature of church discipline.” Lyles granted the request and on May 8, 1826, the Biby group composed of 25 male members and 36 female members constituted themselves into a group to be called “The Baptist Church of Christ at Biby Rode.”  In 1832 “Biby Rode” decided they were strong enough to become an independent church and drew up a church covenant and constitution.  Reverend Steven Eastin was appointed pastor and served from 1832 until 1848.

Church members met at 10 o’clock on Saturday and had a business meeting and preaching if the pastor came.  On Sundays, they had services which were often followed by a business meeting.  The total collection during services sometimes amounted to $.75.  Roll was called at each service to see if everyone was in good fellowship; if anyone was not, they could not be seated.  Only males attended business meetings.  If a brother was not in good fellowship or missed meetings, a committee of two to five persons was appointed to “wait” on them.  If they could not reach reconciliation, they were excluded from the meetings.

Attending church in the country was quite an experience.  At an early hour, members and visitors began to arrive at “Biby Rode Meeting House” coming in all sorts of conveyances: family coach, jumpers, horseback, and wagon.  Those members near enough to church would walk in their old shoes and bring their better ones.  They would hide the old ones by the logs out in the woods until time to go home.  The singing was like the preaching, very plain.  The noon meal was a pleasant sight to see; the food was placed on small tables scattered about the church yard under the trees.  Sometimes two or three families would use one table.  If a stranger appeared, he was invited to join in.  After the meal, they assembled back in church where services were resumed.

In the 1800s, after the new church was built on the west side of the road and until the remodeling of the church in 1953, an old potbelly stove was used to heat the church in the winter.  The fire was started early in the morning, so by Sunday School time, a roaring fire was going and the church was nice and warm.  Someone recalled that during Sunday evening worship services, young mothers would bring blankets to place on the floor around the stove for the youngsters to nap on while the preacher preached his sermon.  Another person recalled that when she was about 9 or 10 years old, she got caught in a downpour coming to church one Sunday and her Sunday School teacher had her strip her outer garments and placed them beside the potbelly stove to dry while Sunday School was being taught.  Later, when she was ready to go home, everything was dry and warm.

Other items of history through the years:

1832-1848 Rev. Stephen Eastin was pastor when Bybee became an independent church from Lyles Baptist.  He was elected pastor for one year.  At that time, there were 22 male members present.  Later, Bybee asked Rev. Eastin to continue as pastor.  He was also pastor of Beaver Dam Baptist.  During his term, the Deacons pledged to observe the Lord’s Supper quarterly to begin with the next regular Sunday service.
1850  The church decided to sell the old meeting house and build a new one across the road.  The larger building measured 36×40 feet with a 14 foot pitch.

1848-1848 Rev. Edward Trevilian and Rev William S. Parrish served as supply pastors.  Rev. Parrish was called to be full-time pastor when the new church was build on the east side of Route 607.  He served until 1854.

1861  When men were at Muster (military service) there was no preaching.  Members raised money to send religious instructions to the soldiers.

1878  Women were mentioned for the first time as sitting in on business meetings and roll call.

1876-1880 Rev. Charles Poindexter Scott served as pastor.  He was known to have saved over 2000 souls during his lifetime as a pastor.

1906  The balcony was removed, 15 feet were added to the back of the church, also one window on both sides, a rounding pulpit and two double doors at the back.  The cost was $1,200.

1916-1925 Rev. Timothy Alexander Hall served as pastor at Bybee and Beaver Dam.  During his term, the cemetery was enlarged and the envelope system was adopted for collecting money.

Rev.  W. P. Brooke and wife Elorence, pastor of Bybee’s Road Baptist
1929 to 1943.  He was pastor of Bybee, Beaver Dam, and Lyles Baptist churches.  He is buried in the Bybee Church Cemetery.  It is written that he preached one of his greatest sermons at his own funeral when his cousin read portions of Scripture selected by Rev. Brooke for this occasion.

1944  Fourteen acres of land were sold from the parsonage tract of 21 1/4 acres.  The money was used to buy the 1/3 of the parsonage owned by Effort Church.

1944-1947 Rev. Paul Blevins served as pastor.  He started the building fund for remodeling the church.

1952  Building committee completed plans for church remodeling consisting of: digging a basement the size of the church and moving the church back that distance, bricking the building, adding a baptismal pool, porch and steeple.  Basement included an assembly hall and stage, five classrooms, kitchen, two restrooms, and a furnace room.  Groundbreaking ceremony was held in 1953 and the work was completed in 1954. 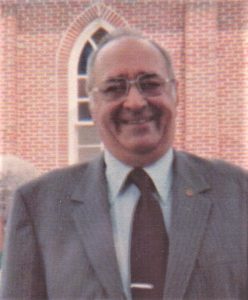 1953-1956 Rev. Ernest Harris served as pastor.  He was pastor of Bybee during the remodeling of the church.  He conducted services at the Old Center Hill School/Community Center during the time the church was being remodeled.  During the dedication service, Rev. Harris presented the church with a pulpit Bible in memory of past pastors of Bybee. 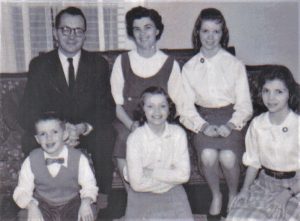 1956-1962 Rev. Charles Boyer served as pastor. Rev. Boyer and his family were the last to occupy the old parsonage on Route 607 (Bybee Road.) 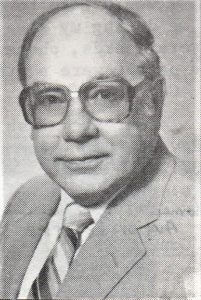 1962-1968 Rev. Daryl Richman served as pastor.  He was the last to pastor to both Bybee and Beaver Dam.  After his resignation, the church voted to split with Beaver Dam in order to have full-time services and to build its own parsonage. 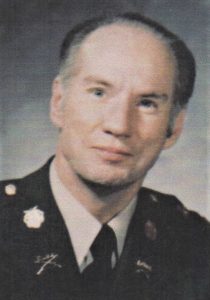 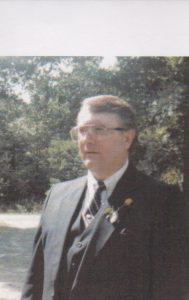 1970-1974 Rev. Wendell Ross Terry and his family were the first to occupy the new parsonage.  Phase I of the Educational Building was begun and completed while he was pastor. 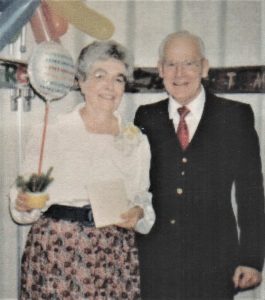 1975-1989 Rev. Max Greene served as pastor.  He retired in 1989 and settled across the road from the parsonage with his wife Flora Clark Greene.  Flora remained a faithful member of Bybee until her death in 2020.

1982  150th Anniversary of the church celebrated.  Ladies dressed in colonial dresses.  Former pastors were on the program. 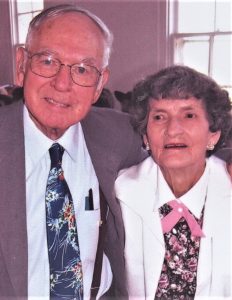 1989 Rev. George Reynolds served as pastor.  He served as supply pastor during 1997. 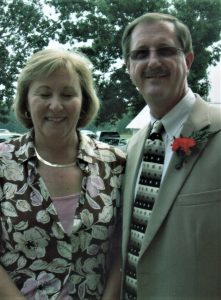 1996  Beginning of the Live Nativity celebration 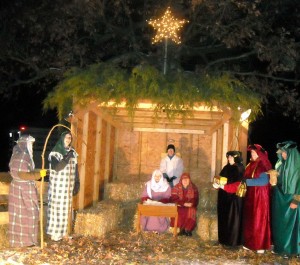 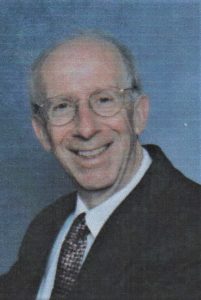 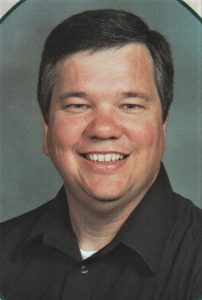 2007  The 175th Anniversary Celebration of the church began on the 1st Sunday in January with a historical presentation by Fred Anderson portraying Dr. William E. Hatcher.  May 6, “Olde Times” Day was held with individuals dressed in vintage clothing with games, crafts, antique cars, farm equipment, guns, and fishing displays.  Lunch on the grounds included a pig-pickin’ and letters were read from Governor Kaine and President Bush.  August 19 special Homecoming services included former ministers and special music. 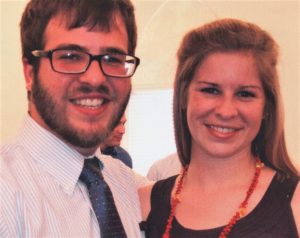 2009-2010 Louie I. Stewart, IV served as Director of Family and Student Ministries, then as supply pastor. 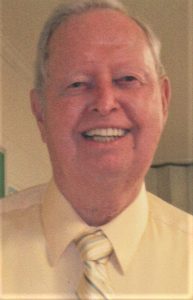 2011  A renovation of the church sanctuary and vestibule began on February 22.  The old pews were removed and sold to members and friends of the church.  The other sanctuary furniture was moved to the fellowship hall, where services were held during the renovation.  Volunteers painted the sanctuary and vestibule, professionals were hired to replace the ceiling, install new chandeliers and light fixtures, refinish the floors and install new carpet.  New pews arrived on April 1 and worship services were held in the sanctuary on April 10, when the project was dedicated to the Glory of God. 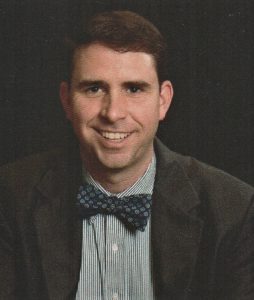 On August 23, a 5.8 earthquake was felt throughout the area.  The epicenter was in Mineral.  Aftershocks continued for months.
On September 5, a tornado touched down at the church, damaging the roof and steeple, spreading limbs throughout the cemetery and toppling trees.

2012  In July, a derecho (a widespread, long-lived wind storm that is associated with a band of rapidly moving showers or thunderstorms . Although a derecho can produce destruction similar to that of tornadoes,  the damage typically is directed in one direction along a relatively straight swath) destroyed the picnic shelter.

2013  On August 17 a larger pavilion was completed and dedicated to the Glory of God.

Gather to Worship, Live the Word, Reach the World